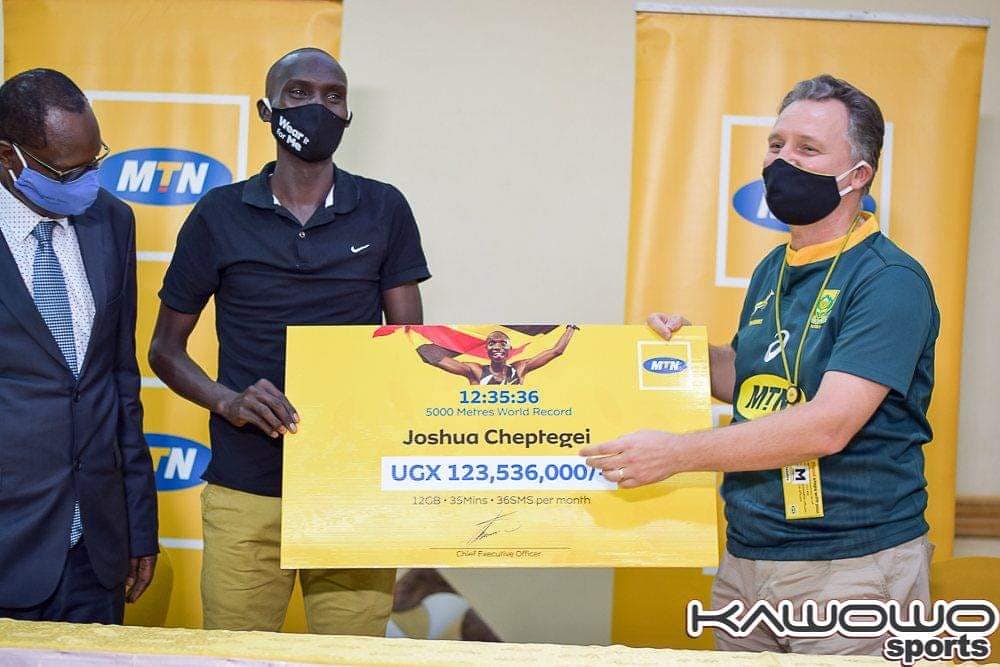 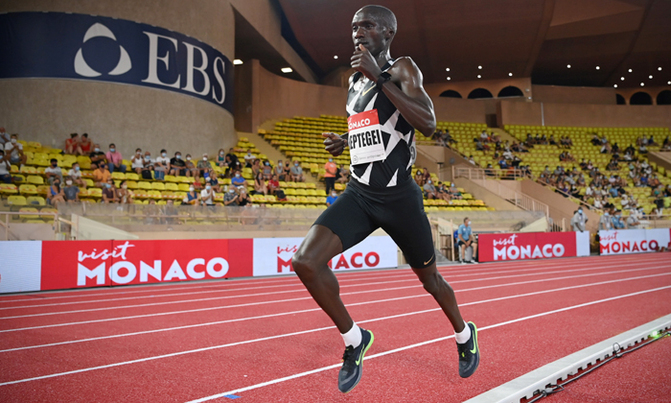 To salute Cheptegei, MTN Uganda and the Uganda Athletics Federation (UAF) has therefore decided to rewarded the athlete for this remarkable achievement.

Joshua has been awarded a cash prize of UGX. 123,536,000. The telecom has in addition gifted the record-breaking champ 12GB of data, 35 Voice minutes and 36 SMS, and these MTN Freebies are to be handed out to him automatically, every month for the next twelve months, all symbolic of the new world record time, as per the telecommunications giant’s socials:

Speaking at the handover ceremony held today Thursday 24th September, 2020 at the Mbale Resort Hotel, MTN Uganda CEO Wim Vanhelleputte paid tribute to Joshua, saying: “In sport, recognizing and rewarding milestones is widely accepted as an essential motivation in getting athletes to reach their peak potential. And so, as Joshua continues to take on other sporting challenges, Uganda ought to recognize and celebrate this remarkable achievement.”  MTN Uganda has rewarded athlete Joshua Cheptegei for his recent exploits at the Monaco Diamond League meet, where he set a new 5000 meters world record of 12:35.36, breaking Kenenisa Bekele’s 16-year old world record of 12:37.35.  Both prizes symbolize the new 12.35.36 world record time.

Since 2004, MTN in partnership with the Uganda Athletic Federation has been a part of the development of Uganda’s athletics right from the grass roots; And, it is from this partnership, that the Federation is steadily growing Uganda’s reputation as a track and field athletics powerhouse.

Through the programmes of the UAF, a lot of bright talent has been identified and gone on to perform spectacularly at various world meets/championships. Apart from Cheptegei, Uganda boasts of other remarkable champions like Halima Nakaayi – the 2019 World Athletics Championships 800m Gold Medalist, Jacob Kiplimo – the 2017 IAAF World Cross Country Junior champion, 2012 Olympic Marathon champion and 2013 World Championships gold medallist Stephen Kiprotich, and Dorcus Inzikuru, one of the pioneer participants at the maiden MTN Marathon in 2004, who won the inaugural 3000m women’s steeplechase world title, as well as the first Commonwealth title in the event and many others.

“The MTN Marathon has been a big inspiration for a number of Uganda’s long-distance athletes who have and continue to make an imprint on the international stage. Seeing the consistent results over the years MTN has been associated with the Ugandan athletics, is a big encouragement to us and justifies our partnership with the UAF,” Vanhelleputte said.

Cheptegei shared a vote of thanks to the telecom, his coach, the President, the First Lady, and Hamson Obua (Minister of Sports) for not only believing in him for the past five plus years but for also enabling him achieve this milestone, in regard to the sport, which is – athletics. He says that while preparing to go attend the Olympics, the challenge was with transportation to which the Minister of Sports provided a bombardier which flew him to Monaco. Joshua also applauds the government for also putting in place a training center in Teryet which Cheptegei believes will build many more athletics as it’ll serve as a training ground.

MTN also announced that the annual MTN Marathon, the most popular activity on Uganda’s athletics calendar, will not take place due to the restrictions resulting from the COVID 19 pandemic. He also added that it’ll be quite challenging to follow the SOPs (social distancing and all) hence being put off for this year. MR. Wim however affirmed that “MTN remains committed to continue supporting this event and other UAF calendar activities, when we overcome this pandemic and the restrictions it has dictated on our lives.”

MTN Uganda is a fervent supporter of Uganda sports and has over the years supported various disciplines including athletics, football, basketball, golf, and many others both at national and club levels. Remember their joint effort with Sanyuka TV to discover the next big football commentator? And their input in being the official broadcasting partner for the StarTimes Uganda Premier League? Yes, that is how supportive the telecom has been, and is not about to stop. 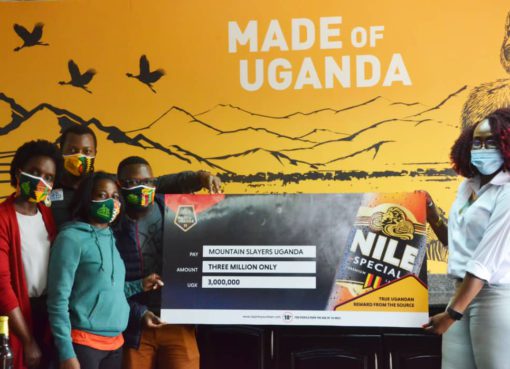 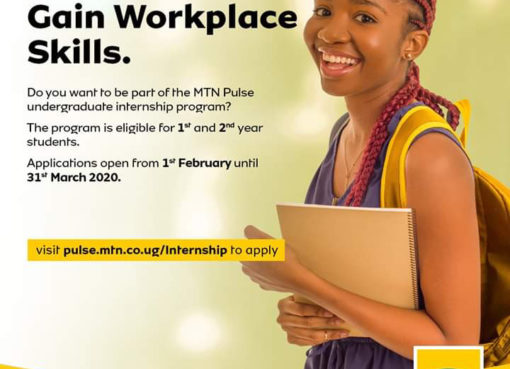 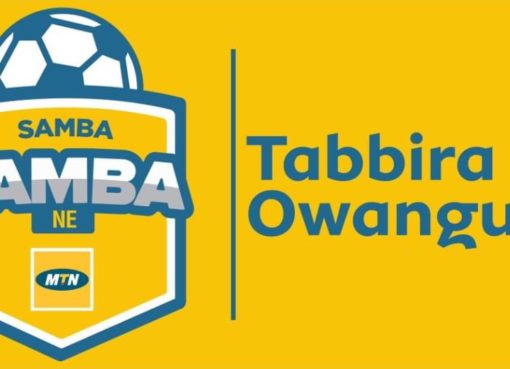 We all know the center role commentary does and shapes how we watch football matches. With good comm
Read More