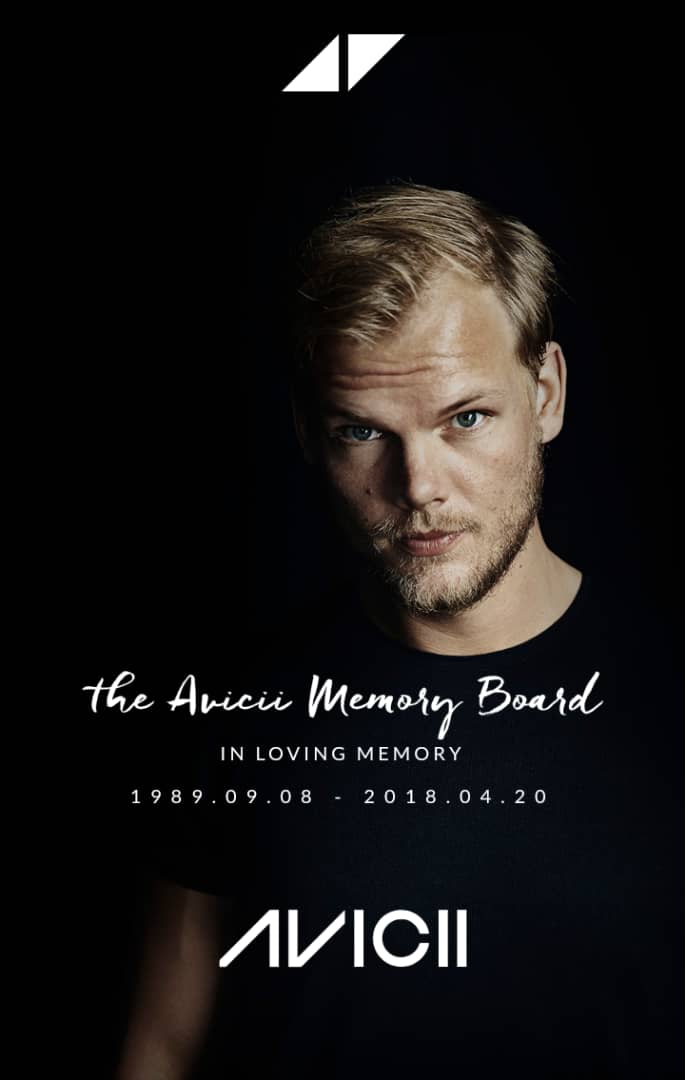 Today 20th April 2020, marks two years ever since the tragic passing of Swedish born and raised talent- Avicii. It was the Friday of 2018 this very date when music fans worldwide were met with the sad news of the death of Swedish DJ Tim Bergling, best known as Avicii.

Born Tim Bergling; on the 8th of September, 1989 in Stockholm, Sweden, the Swedish DJ, remixer and record producer better known by his stage name Avicii (stylized as ΛVICII and ◢ ◤), started making music at the age of 16. Within a few months, he started posting his music on various online electronic music forums (to blogs online and to SoundCloud as well). He remixed a number of classic songs in his early years. His work reached the right people, and he soon started getting approached by well-known music labels.

He rose to prominence in 2011 with his single “Levels” which made waves nationally and internationally and established Avicii in the mainstream music arena. The song made its place among the top 10 hits of many European countries and also made waves across the US. Riding high on the success of ‘Levels,’ Avicii received the surprise of his life when he was approached by superstar David Guetta, who suggested a collaborative track. The collaboration resulted in the single ‘Sunshine,’ which became an instant international success and was later nominated for the ‘Grammy’ award for the ‘Best Dance Recording.’ 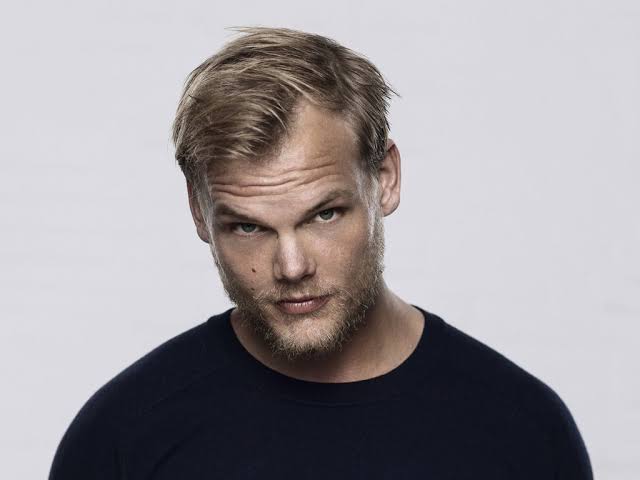 Over the next few months, he released some more successful singles, such as ‘Silhouettes,’ ‘Dancing in my Head,’ ‘Stay with You,’ and ‘Let it Go.’ The last two songs were from his debut studio album, which he announced he would release in 2013. Meanwhile, his success streak continued in 2012, with several new collaborations. He collaborated with Nicky Romero for the single ‘I Could Be the One,’ which became a major hit with the audiences. The song was featured on several reality shows and radio shows to date.

In early 2013, Avicii released ‘Wake Me Up,’ one of his most meaningful and most successful singles to date. This was the song many got to know Avicii from; I, inclusive. The song topped the charts in more than 20 countries across the world and is known as his most successful single. In mid-2013, he announced in an interview that his debut studio album, ‘TRUE,’ would be available by the end of that year. He also gave a glimpse into the album by saying that he had heavily used the new genre “folktronica,” a blend of folk music and electronic music. 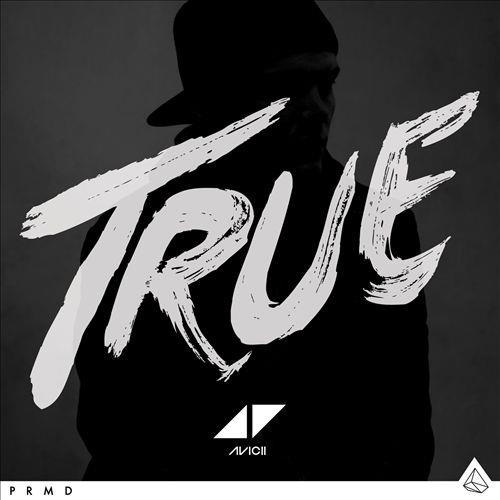 ‘Wake Me Up’ became the fastest-selling single in the UK by the end of July. The single also made a record for staying on the top of ‘Billboard’s ‘Dance/Electronic’ music chart for 14 weeks. Avicii released more singles from the album in the following months, only increasing the curiosity about his album. 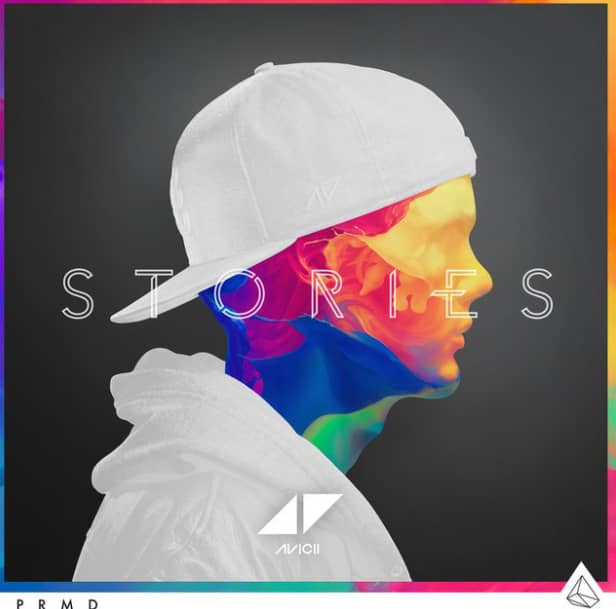 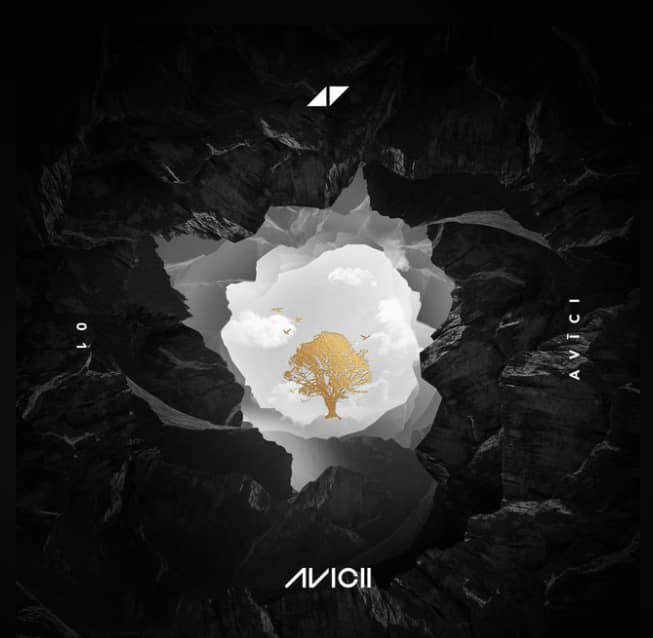 The album ‘TRUE’ was released in late 2013 and featured several established artists, such as Nile Rodgers and Adam Lambert. A few more songs from the album, such as ‘Hey Brother’ and ‘Addicted to You,’ became successful, and hence the album receiving platinum certification by the ‘Recording Industry Association of America’ (RIAA). The following year, Avicii released the club remix version of the album, ‘True: Avicii by Avicii.’ The same year, he collaborated with Chris Martin from the legendary rock band ‘Coldplay,’ for the single ‘A Sky Full of Stars.’ 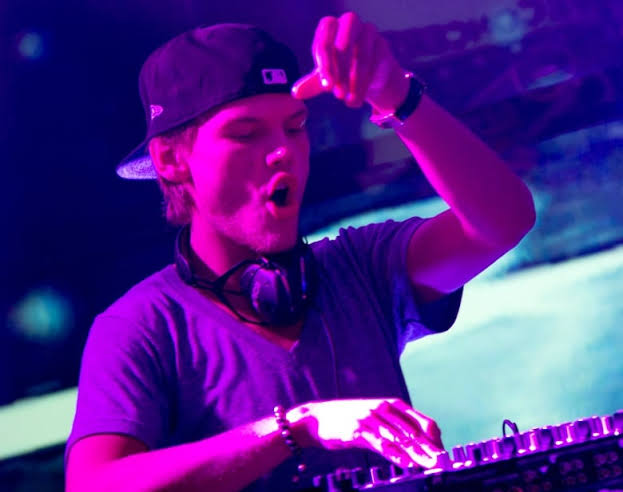 Several music publications credit Bergling as among the DJs who ushered electronic music into Top 40 radio in the early 2010s. Some of his other successful singles from this period were a remix of Nina Simone’s classic jazz song ‘Feeling Good,’ ‘Tracks of my Tears,’ ‘Divine Sorrow,’ and ‘Heaven.’

Avicii is named in the song “I Took a Pill in Ibiza” by American singer and songwriter Mike Posner. Posner narrated that he recounted an event when he went to an Avicii show in Ibiza and got a mystery pill from someone. With the starting lyrics “I took a pill in Ibiza / To show Avicii I was cool”. The song was made in the week they wrote a song together in Sweden called “Stay with You”.

Due to frequent live tours, Avicii became exhausted. In 2016, he announced that he would be retiring from live shows. His last live performance was in Ibiza and then later retired from touring in later 2016 due to health problems, having suffered stress and poor mental health for several years. On a sad note, it was revealed to the world, on the 20th  of April 2018 that Avicii was found dead in Muscat, Oman.

Contemporaries were quick to canonize the Stockholm native. Skrillex hailed Avicii as “truly a genius and an innovator, yet sensitive and humble.” “You were the best of this generation,” Diplo wrote. “A real superstar.” Hours before performing “Without You” on Coachella’s main stage in tribute, Kygo bade farewell to “my biggest inspiration and the reason why I started making electronic music.

Avicii’s influence extended well beyond his electronic counterparts: Imagine Dragons called working with Bergling “one of my favorite collaborative moments,” while Charlie Puth hailed him as “the man who really opened my eyes as to what my productions could one day sound like.”

Tim was later laid to rest on the 8th of June in his hometown of Stockholm, Sweden.

Over a year after his death, on June 6th 2019, a posthumous 12-track album titled “TIM” was released. Backed by his family and the joint efforts of his producer friends; Salem Al Fakir, and Vincent Pontare. The album included guest vocals from Coldplay’s Chris Martin, Imagine Dragons, the group Arizona and producer-songwriter Noonie Bao, and Avicii’s long term friend former collaboration mate Aloe Blacc. It took six months to work up the frame of mind with which to visit Bergling’s unfinished tracks. 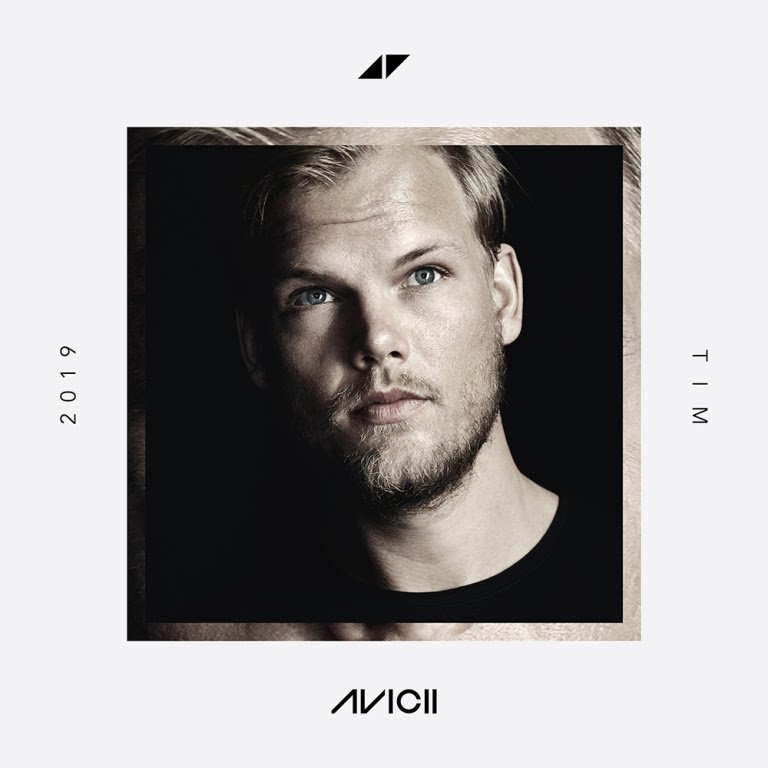 Fortunate enough, at the time of Avicii’s passing, most of the songs to be included on the album were like 85% done since most had been recorded between the month of January and April 2018 and just needed a little polishing and perfecting.  The singles on the TIM album are as follows:

As a dance music icon, he touched the lives of millions around the world, and broke down barriers between genres especially with dance music.  Even as he pulled back from the public eye, he remained committed to pushing the genre forward and breaking down boundaries. When you critically and carefully listen to Tim’s music, here are little specks of advice we can all pick from there:

Electronic dance music as a music genre is aversely enjoyed by many audiences worldwide.  Tim Bergling (Avicii) may have been here for only 28 years old at the time of his death, but his music shall always remain ageless and immortal. Today 20th April shall forever be commemorated as World Avicii Day; a day to remember the revolutionary EDM King; Avicii was.

Tim Bergling created music that brought us together with timeless memories all over the world. His family therefore created a space on his official website www.avicii.com where you and I could share our memories with the rest of the world to let what Avicii meant to you. Because his music and our memories are forever on the site, you are able to share your story of up to 500 words or an image of not more than 3MB in size. 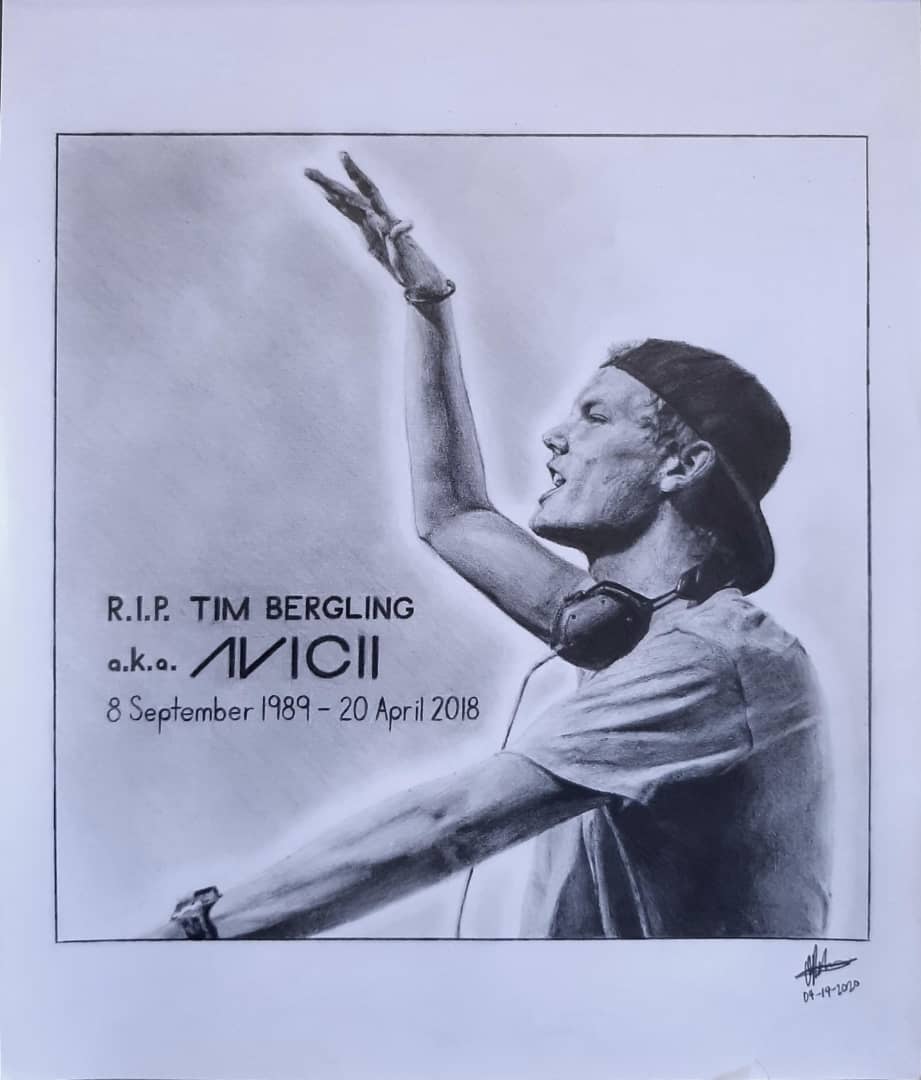 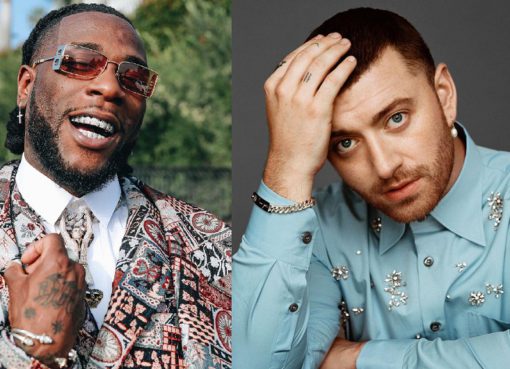 Described as one of the 2020 collaboration we never knew we needed, Sam Smith and Burna Boy might ha
Read More
August 3, 20200 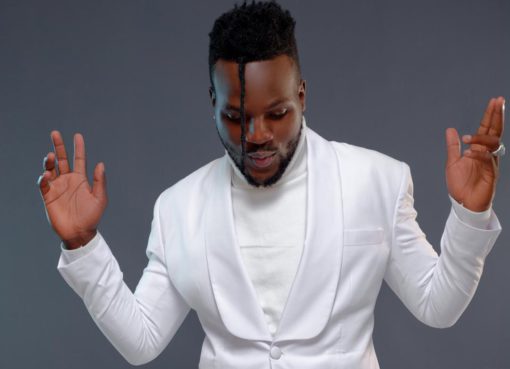